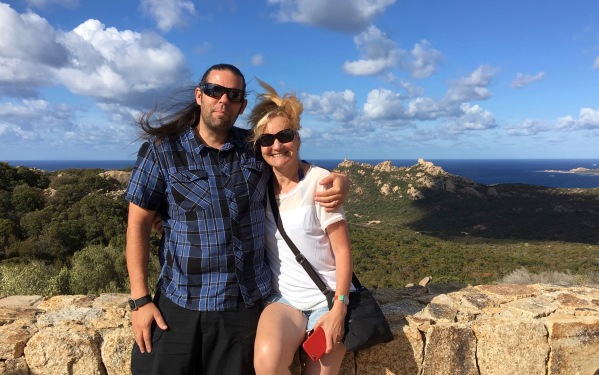 No way we’re in Corsica! My lovely wife Sarah is going to kill me for ruining this post with another of my digressions…But my fave cars of all time raced here and i can’t contain myself….Yes it’s Group B rally cars!

Awwww i can hear that ferocious engine sound (and the monster dump valve) of one of my favourite cars…The Lancia Delta S4. It had an Abarth-designed supercharged and turbocharged 500bhp 1.8-litre engine, it could hit 60mph in just over two seconds…And this was 1986!

But…After a fatal accident (here in Corsica) Group B rally cars were banned and a FISA investigation later proved that drivers’ reactions were too slow to keep up with Group B cars, and drivers’ eyes could not adjust their focus between the fast corners, which caused tunnel vision. Now that’s fast…And insane!!

They said the cars had so much raw power but with little containment…I have a wife like that, lol! Sorry Sarah! 🤣

View our full day in Corsica

A Journey of a Type 1 Diabetic's Life

Together let's focus on learning from our Father at His feet, as His dear children.

Lisa is running a marathon - Be Right Back

Traditional Living for the Glory of God

My journey of food, travel and inspiration

Weight Loss one calorie, one step at a time.

Running and baking; half marathons and cake